Floyd Red Crow Westerman, Oren Lyons and Russell Means. Native American words of wisdom and our link to all life and the future of our planet.

The driving point in this video is the story of the tree.  If you cut down one tree, you are also affecting everything that relied upon that tree, such as herbs and plants that grow near specific trees and any animal or bird life that existed in that particular tree.  You’re also depleting the regenerative ability for that tree to purify our air.  Just one single tree connects so many living things in the forest as they are all related and interplay with one another.

We are all one child spinning through Mother Sky.
~ Shawnee Tribe

As a society, we have lost that connection to nature and how it interacts with every form of life.  We have bought into ego, materialism, and greed at the expense of depleting our resources and subsequently killing that which keeps us alive. 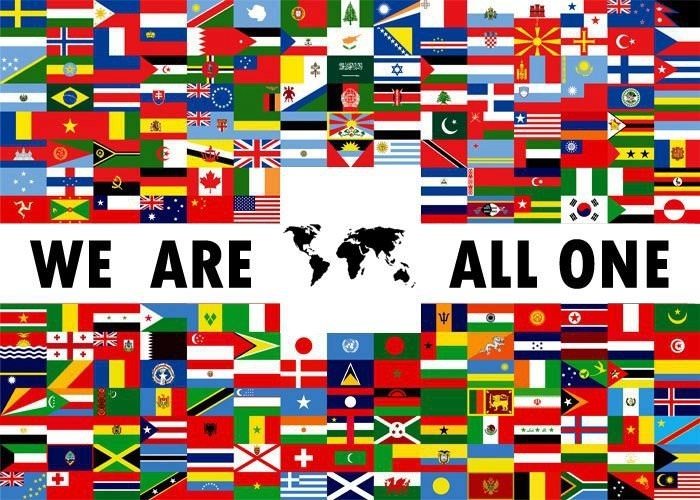 Red Crow Westerman stated, “We are all from the Earth and when Earth, water, the atmosphere is corrupted, then it will create it’s own reaction.  Mother is reacting.”

The following quote is an excerpt from Last Cry – Native American Prophecies & Tales of the End times:

Aho Mitakyue Oyasin means in Lakota “We are all one” – not just all one with a part, but one with the whole.

We are preoccupied with nonsensical distractions such as sports, television, and most importantly, the feeling that we need to be economic slaves to a broken system of fiat currency. We are literal slaves to the almighty dollar and are willing to work 40-plus hours, 5 days a week until we are no longer able to work anymore.  For what?  And why?

As the rich get richer, they are creating an even larger disparity between those who have money and those who do not. We pay our bills to things that should be inherently free, such as rent to a landlord (the LORD of your land), food and water.  In order to do so, we pay homage to our overlords, who graciously give us employment in exchange for the government raising our children through state sponsored education systems that are nothing more than propaganda machines and mind control.  In exchange, our overlords bless us with one or two days off each week and perhaps a week or two of vacation each year.

How many people are working jobs that they hate for an employer who’s an a*hole?

Is this living or just existing?

Is this why we incarnated at this particular place in space and time?

The time has arrived where mankind needs to reclaim what is ours, without overlords telling us what to do and when to do it.

In order for this to happen, we ALL need to come together because once the bottom of the pyramid unites (ALL of us), the rest will collapse.

This will be the beginning of becoming one. The rest is dependent on reconnecting with nature and finding ways to coexist, not only with ourselves but with Mother Earth as well.

It won’t happen by doing nothing.  As the Hopi say, “We are the ones we have been waiting for“.

“I, Chief Arvol Looking Horse, Keeper of the Sacred C’anupa brought to the Lakota-Dakota-Nakota Nation by the Sacred White Buffalo Calf Woman nineteen generations ago. Mitakuye Oyasin has a bigger meaning than just our blood relatives. Yes, it’s true; we are all one human race. But the word Mitakuye means relations and Oyasin means more than family, more than a Nation, more than all of humankind. Everything that has a spirit. The interconnectedness of all beings and all things. We are all One”

People are powerful and there is time to become the change you want to see in the world.   Peaceful non-compliance will change the current global system. Ideas such as Ubuntu and The Venus Project will transform the world into the proverbial Golden Age, but we are at a tipping point and do not have much time left on the ecological clock.

Like Oren Lyons stated, “Every day that you don’t do what’s right is a day that you’ve lost an option and you’re losing your options every day.”

Gregg Prescott, M.S. is the founder and editor of In5D and BodyMindSoulSpirit. He hosts a weekly spiritual show on In5D Radio and promotes spiritual, metaphysical and esoteric conferences in the United States through In5dEvents. Gregg is currently working in collaboration with Michelle Walling, CHLC, in opening a holistic walk-in clinic called Alternative Holistic Healthcare (AHH) in Sarasota, FL with subsequent subsidiaries around the world based upon this model.

These Arks are a huge tourist attraction in